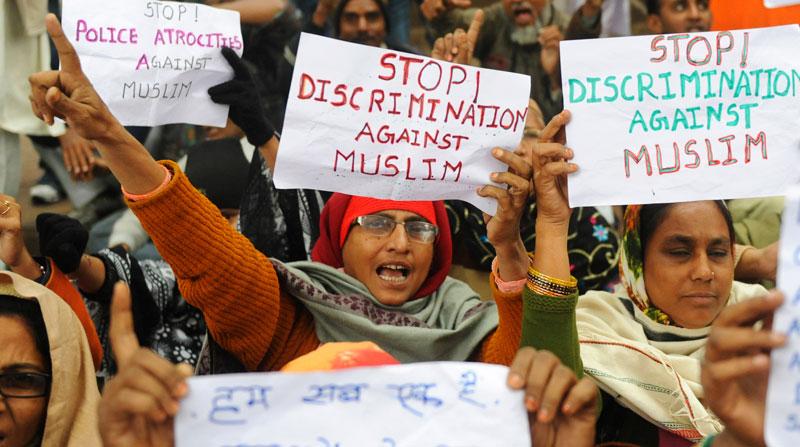 Resolution adopted by the United Nations

Unlike Islam, Christianity, Judaism and Communism, Hinduism is NOT a rigid religion or an ideology in that sense but an ever evolving philosophy. That is why it is called ‘Sanatan‘ (Eternal). Most of us are ignorant of the basic paradigm of Islam and Christianity. The religious text of both call upon the believers to wage a war against Kafirs/infidels . The history is replete with numerous instances when the followers of these faiths have carried on these ‘divine ‘ dictates in letter and spirit against non believers. The result has been forced conversions, merciless-mass killings of non - believers and destruction of their places of worship. In fact entire civilisations have been wiped out as a result of these ‘religious‘ dictates. Unfortunately, this mindset is unchanged till now.

Indian sub-continent consists of  Hindus and ex-Hindus only. The ex-Hindus have turned against the civilisation and faith of their pre-conversion ancestors because of the teachings of their new religions.  Pakistan, under Islamic influence, has almost destroyed all symbols of its pre-Islamic past, including Hindus and Sikhs. Given half a chance, Islam will like to do the same in residual India as well. No sensible person will hold present generation of Muslims responsible for the sins of Muslims of yore ; and most of them were invaders from Arabia, Turkey and Central Asia. Unfortunately many Muslims (ironically progenies of Hindu ancestors who were persecuted for religious reasons) take pride in the exploits and acts of violence by Islamic invaders. In fact many of them, along with communists, try to justify such acts of violence against humanity.

Hindus hold present Muslims responsible for the sins of Muslims of the past to the extent they (present Muslims) identity themselves with them and their misdeeds. Ramjanam Bhumi is one such example. Hate against wrong things is essential to healthy life. You will hate filth if you value hygiene. You will hate criminals if you love law and order and crime free society. A tolerant society will surely dislike intolerance. Hindus are NOT just tolerant. They are miles ahead . Tolerance is a negative concept. It means though I disapprove of you, I will suppress my feelings and suffer you.  In contrast, Hindus accept others as they are. Devotees of various Devis and Devtas accept each other in normal course. Compare it with what Shias and Sunnis do to each other. Or Protestant and Catholic ...

The  so called intolerance among Hindus is a natural reaction to their continued subjection to violence and persecution at the hands of non-Hindus for over a thousand years .  Hindus continue to suffer even today. They have completely been wiped from Kashmir valley , that too in a Hindu dominated India . Afghanistan was once nerve centre of Budhism and Shaivites and so was Kashmir.  Muslims and Christians of this sub continent are our flesh and blood. As citizens, most of the time they are as good or bad as anybody else .As was said earlier, they are all ex-Hindus and we have common ancestors and a shared culture, with roots in the Hindu/ Buddhist traditions of this ancient land.  Then where is the problem ? In the paradigm which tells the converted to distance themselves from their ancestors and traditions . Distancing soon turns into hate and in many of them, the hate turns into a resolve to destroy all that represents their pre- conversion past.

This divisive/ Jehadi / evangelist mindset is responsible for fueling terrorism and aggressive missionary activities. And all these incendiary material is bound to create reaction.  Till terrorism in the name of Islam / evangelisation through fear or inducement / Jehad continue, sections of civil society will continue to fight back.  How to bring an end to this conflict ? How to end this game of hate ? Answers are not difficult to seek.