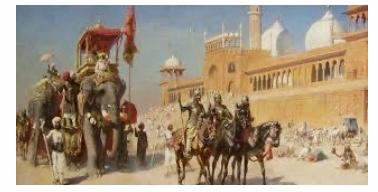 Resolution adopted by the United Nations

Muslims came first as invaders. In 712 AD Moh. Kasim invaded nort- western India. That was an opening which went on to score a high in a protracted innings leaving scars on our memory.

The Muslim traders who came to Kerala were no better. Their trade was monopolistic and their successors have made Malabar a hotbed of smuggling, hoarding, black market , havala operations, spreading of fake currency and of late financing the terror outfits. True , to pious Muslims are those converted from Hindu communities. Muslims have integrated to Indian culture; but a section of fundamentalist groups hesitate to dovetail with Indian ethos. Arrival of British and Xianity in a big way further complicated the demographic equations. Today due to excessive politicisation Muslims and Christians are alienated from the main stream. The venom injected by the Marxists, Congress and other parties has gone to the vitals of their thinking. This frozen situation must be defrosted. There are voices espousing the deviance of the minorities quoting equality, liberty, tolerance etc. without knowing or realising the true colour of the menace.

I can not agree with anybody holding the view that Minorities, especially Muslims are justified in holding a truncated ego because Constitution protects minorities and majority community is too harsh towards them, if such a person is ready to come to Kerala and stay for a month in the district of Malappuram; or Kozhikode, or Kasaragode and do routine social activities he does elsewhere. If he still keeps his earlier soft attitude to the Islamic fundamentalists then one can agree with him totally. Need not do any social work. Simply stay in Malappuram and come back with the same opinion. That will be a miracle. It is worse than Kashmir; worse than Pakistan. For expressing this reality one is called “ spitting venom and hatred.” We have hatred to none. But we cannot say yes to wrong; we follow Prahlad’s way in purana.